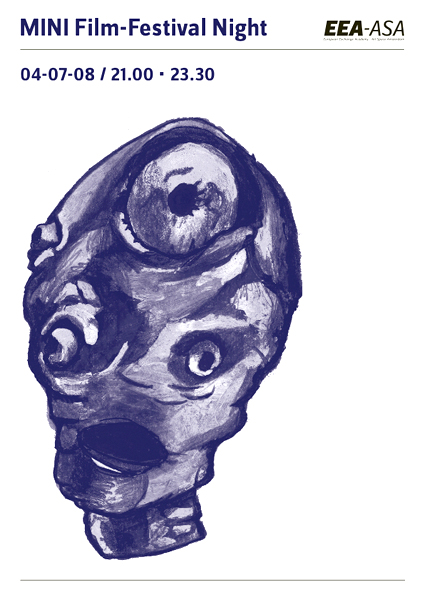 On the night of the 4th of July the art space on the Rokin will be transformed into a cinema, in which a variety of moving images made by advisors and former participants of the EEA will be shown.
Ping ponging between all the extremes the big screen has to offer, we will show you a rich programme of 14 short video’s and films. From classic romantic film to disturbing cult video, from clay animation to dance clip, from video art to documentary, from commercial to hardcore reality.

This entry was posted in EEA - ASA. Bookmark the permalink.